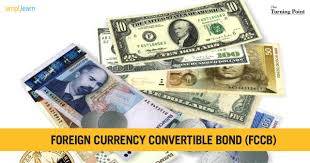 In the last 2 weeks, Foreign Currency Convertible Bonds (FCCBs) has come into lime light after Castex Technologies has alloted shares against FCCBs and its shares plunged by 80%. Foreign investors has cried blaming Castex Technologies has manipulted its share price and converted bonds into equity shares. What are these Foreign Currency Convertible Bonds (FCCBs)? How Indian companies can issue and convert it to their advantage? Can foreign investor of such bond can safeguard themselves? Can investors who has invested in such company shares need to take any precautions to safeguard their investments?

What are the advantage of Foreign Currency Convertible Bonds (FCCBs) for foreign investors?

What are the advantage for companies issuing such bonds?

E.g. Few days back, Castex Technologies, subsidiary of Amtek Auto share price was above  Rs 160 for one month. As per the clause in the FCCBs agreement which states that if price of such stock is above specific level, it can convert to equity shares. It has passed resolution to convert FCCBs Bonds worth USD 200 Mn to equity shares at a price of Rs 160 per share. However now, such shares are below Rs 35 (as on 15-Sep-15) where foreign investors lost more than 80% with such company move.  Foreign investors approached SEBI indicating that share price has been manipulated by company and then converted to equity shares at higher price.

You may also like: What is Thumb Rule 72 and how it would helpful to double your money?

What should investors do, If they invested in shares of such companies which issued FCCBs?

If you have invested in shares of companies which issued FCCBs, you should monitor the following: