5 Facts to know before you invest in Chits/Chitty 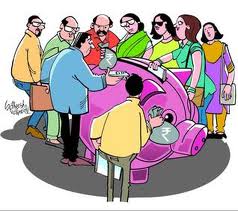 Investments in Chits/Chitty
A chit fund is a kind of savings practiced in India. A Collection of members called a chit group contribute the money and they bid in auction and the awarded money which equals to chit amount minus the commission deducted by Chit Fund Company. However I felt this is not that best investment among the options available.

How does it works?
Let us take an example of a chit scheme of 25 chit members contributing Rs. 1000 each per month for a 25 month period.
Total amount would be Rs. 25,000. In the chit auction meeting, chit bidders can bid to a maximum of Rs.25,000. The successful bidder is one who gives the highest bid amount, not exceeding the maximum limit specified above of Rs.25,000, within the specified auction time. Suppose the bidder bids for Rs 20,000, he would get this amount and the rest of the amount i.e. Rs. 5,000 is distributed among all 25 members. This discount of Rs. 200 (Rs.5000/25) is returned back to each member. So the month’s contribution for each member would be Rs.1,000 minus Rs. 200 = Rs.800.
This process is followed for all months up the end of the scheme, giving each member a chance of receiving the money. If in a particular month there are more than one person willing to take the chit amount, a lots is taken to select the person who would get the sum. 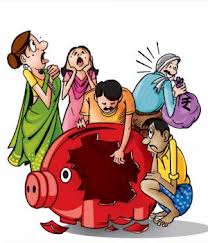 Have you enjoyed this post? Please provide your valuable suggestions to improve future articles. If you are excited, share the link in Twitter/Face book (copy URL from your current browser and publish in your Face book/twitter)