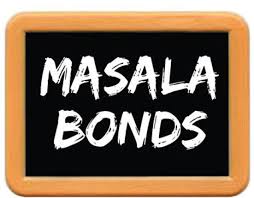 You heard about Masala tea, masala bonda and masala Bajja. But in recent times there is new name floating in the investment world, Masala Bonds. Some of the companies like Axis Bank, IRFC has launched these Bonds through IFC. Other companies are getting approvals to launch them soon in foreign markets. What are these Masala Bonds? Who can invest in these Masala-Bonds? Do Indian companies really benefit from these new bonds?

What are Masala Bonds?

Masala Bonds are those which are rupee denominated bonds issued outside India. These Bonds are offered to foreign investors who have an interest in investing in India, but without direct exposure. These bonds are issued by International Finance Corporation (IFC), member of the World Bank for raising funds to use in India for infrastructure development.

You may also like: 7 Risks in investing in Corporate Bonds?

How did “Masala” name came in Masala Bonds?

Some of the countries like China have issued similar bonds like Dim Sum Bonds. Japan has launched Samurai bonds earlier. These names indicate their food and culture. IFC named Masala Bond for India as it touches Indian food and culture.

IFC has issued Masala Bonds in Nov-2014 which carried 6.3% interest rates. Quantum was 10 billion rupees ($ 163 Mn). These bonds carry tenure of 3, 5 and 7 year maturity period. Most of the investors were European Insurance companies. These funds were mobilized from international markets to support infrastructure in the country. IFC Masala bond issue supported Axis Bank Infra bond issue in Nov-2014. IFS issued bonds in London to leverage city’s standing as a premier financial center.

What are the advantages for Indian companies with these Bonds?

Conclusion: Masala Bonds are good for foreign investors considering the low interest rates offered by other investment options outside India. While Indian investors may not directly get benefited through these bonds, any listed Indian companies that goes for Masala Bonds would definitely reduce their interest rates and their profit looks better. This is an indication for the improvement of their profits. Investors who are looking to invest in stocks can keep an eye on bonds issued by such companies and pick-up some of the top stock picks who are issuing these bonds.

Suresh
What are Masala Bonds and who can invest in them