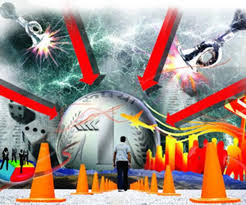 Oh! Even after 66 odd years of independence, with new reforms for the so-called betterment of the nation, coming to force almost every day, the economy of our motherland is shaking! With rupee becoming weaker, stock market crashing and high inflation, one really doesn’t know where to go from here.

Also read: What is virtual credit card and how does it work?

A high CAD is a long-term deficit and can act as a big alarm to most of the developing economies like India, not necessarily to all. It warns the caretakers to amend/change the prevailing economic conditions of a country. Also, a current account does not always say that there is a problem. A deficit may be high because of major import of capital goods in a country, which may also lead to capacity expansion, and therefore to overall development of the nation.  This deficit is generally found in developing countries.

How it impacts India’s growth?

India’s current account deficit was the third highest in the world in absolute numbers stood at 4.9% of the GDP according to a report by Morgan Stanley. Unfortunately, this is majorly because of excessive import of oil, coal and gold, which does not help in capital expansion directly. So, high CAD figures seem to have trapped the Indian economy in a vicious circle as warned by RBI Governor D. Subbarao in March 2013 "Should the risk of capital exit materialize, the exchange rate will become volatile causing knock-on macroeconomic disruptions". Sooner or later this slow poison will gulp/eat up the entire nation unless a strong wave of fruitful remedies is enforced with super powers.

Does it have an impact on a common man?

Due to the current scenario of high current account deficit and some other factors, there has been a free fall in the Indian currency rupee which is directly hammering a pin to a plane in the country. Naturally, if a country is in a difficult situation, a common man is in a disaster.  Unemployment, poverty, inequality of income and wealth status is becoming worse thus adding a cherry to the dung cake. How does a common man now try to uplift his standard of living when everything around him is becoming so expensive?  He can just not think to dare for anything in this market of recession.

You may also like: How to become Millionaire/Crorepathi – 4 life changing lessons I learnt

Does it have an impact on an investor?

The risk taking strength and the audacity of an investor in any economy plays a major role in the upliftment of a country. With a high current account deficit and its brutal effects all around, an investor has to think several times before investing this hard core earned penny. Investing abroad is next to impossible for him as the domestic currency in falling every day. In this highly competitive world, sourcing raw materials or capital goods from the country or abroad is again very expensive. Small investors are thinking new ways just to keep their capital intact with only a small dividend on it just for mere survival! Even if he tries to add value to a commodity, he may end up incurring a higher price for the came due to ever increasing dollar rates.

In spite of the high current account deficit being faced by the country and the value of rupee falling down, finance minister has expressed his concern that this is a temporary phase in the economy of the country. Various efforts are initiated in reforming the current policies to enhance the exports and curb down the imports. This phase comes to almost all the economies in the world and this is a bad time, which India is facing. Let's hope that things settle down and we again reach a phase of boom and prosperity in the country! Jai hind!