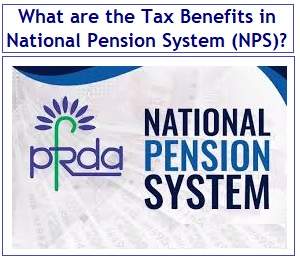 Also Read: NPS Vs Mutual Funds Vs Insurance Plans – Which is better?

What is National Pension System (NPS)?

Created by an Act of Parliament of India, National Pension Scheme (NPS) is a voluntary defined contribution pension scheme, which is regulated by the Pension Fund Regulatory and Development Authority (PFRDA). The scheme came into effect on 1st January 2004 for all the existing and new entrants to employees of Central Government services except the armed forces. From 1st May 2009, PFRDA made it available to all citizens of India on a voluntary basis. Any individual who is between the ages of 18 to 55 can join this scheme. It is based on unique Permanent Retirement Account Number (PRAN) allotted to each subscriber on joining.

One can select the fund manager from any of this 7-fund managers-UTI, LIC, SBI, IDFC, ICICI Prudential, Kotak Mahindra and Reliance Capital. Basically, NPS accumulates savings into the account of subscribers while he is working and uses the accumulations at retirement to procure a pension for the rest of life.

What are the objectives of NPS?

Different types of accounts in NPS

There are two types of accounts in NPS

It is mandatory for all who so ever opts for NPS.. It is a pension account with limitations on withdrawal. The minimum contribution in this account is Rs. 1,000 per annum. Before attaining 60 years of age, only 20% of the contribution can be withdrawn while the rest of 80% has to be necessarily used for buying an annuity from a life insurer. An annuity is a series of payments made at fixed intervals of time and these plans ensure that the insured gets the insured income at regular intervals until his death or till maturity of the plan.

After attaining the age of retirement, i.e. 60 years, close to 60% of contribution can be withdrawn and the rest 40% again has to be used to purchase an annuity from approved life insurers.

It is a voluntary savings account with no limit imposed on withdrawals. The minimum contribution in this account is Rs. 2,000 per annum.

With the release of budget 2017, the Finance Minister, Arun Jaitley has provided a great relief for salaried individuals investing in NPS through their companies. In the Union Budget 2017, he announced that 25% of the premature partial withdrawals from the contribution made by an employee are tax-free. Few more tax amendments have been introduced which will bring about equality in tax treatment between employees and self-employed individuals. These measures taken by the government will come into action form 1st April 2018 and will be applicable form the assessment year 2018-19.

Section 80CCD (1B) – it is a new section which has been introduced for an additional deduction of up to Rs 50,000 for the amount deposited by a taxpayer to their NPS account. This deduction is over and above the limit of Rs 150,000. Please note that contributions to Atal Pension Yojana are also eligible in this section.

Section 80CCD (2) – This section is related to the employer’s contribution to the employee’s pension account which is up to 10% of the salary of the employee. There is no monetary ceiling on this deduction.

One should note that amount invested in Tier-I account only is eligible for income tax exemption u/s 80CCCD (1) or 80CCD (1B) to the tune of Rs 2 Lakhs.

The budget 2018 has provided some tax relief for premature withdrawal of NPS.

1) As per latest rules, partial withdrawal of NPS is tax free provided certain conditions are fulfilled.

2) Partial withdrawal is exempted from income tax provided it is for higher education of children, marriage of children, purchase and construction of residential house or treatment of specific diseases. The conditions also say that the subscriber should have subscribed for 10 years and maximum of 3 withdrawals would be allowed (min of 5 years of gap should be there between 2 withdrawals).

3) The amount that can be partially withdrawn to the maximum of 25% of the contribution amount (not current value, but only subscribed amount). e.g. if you have subscribed to Rs 10 Lakhs, but its current value is Rs 20 Lakhs, you can withdraw only Rs 2.5 Lakhs (Rs 10 Lakhs x 25%).

Tax Implications at the Time of Withdrawal

1) Premature withdrawals (before the age of retirement of 60 years)

Only 20% of the funds can be withdrawn and the rest 80% has to be invested in an annuity. The entire premature withdrawal is exempted from income tax.

Also Read: How to open eNPS account Online or Offline?

2) Withdrawals at the time of retirement of 60 years

At the time of retirement, the retiree can withdraw 60% of the accumulated fund out and balance 40% should be invested in buying a annuity. Out of 60% withdrawn amount, 40% is tax free. Means, one should pay income tax on 20% of the NPS amount.

3) Withdrawal in case of death of Subscriber

In case of death of the subscriber, NPS amount would be paid to the nominee. The amount is exempt from income tax. However, in case of Govt employees, the nominee has to buy annuity plan.

In case the corpus accumulated is less than Rs 2 Lakhs, the entire amount can be withdrawn at retirement and this is fully exempted from income tax.

Conclusion: NPS is one of the good retirement tool. However, tax on withdrawals /  premature withdrawals is little complicated. Understandign these aspects would help to reduce income tax on NPS.