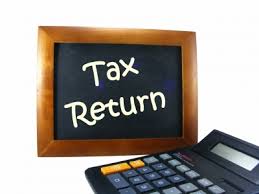 Today (31st May, 2015), finance ministry of India has released new Income Tax Return Forms (ITR) to be filled for financial year 2014-2015 (assessment year 2015-16). Earlier finance ministry has released new ITR forms, however, due to the controversial issue about disclosing details of foreign trips, it has now issued revised ITR Forms. These forms are effective from this assessment year itself. What are the changes done in ITR Forms for FY 2014-2015? Which ITR form you should fill if you are salaried income or if you have capital gains or income from business or profession?

What are the New and Revised ITR forms released now?

The finance ministry has released ITR-2 and ITR-2A forms. These would have 3 pages and other details needs to be filled in schedules. It also gave some exemptions for ITR-1.

What are these Revised and New ITR Forms ITR-2 and ITR-2A and what are the changes in other forms?

Earlier ITR forms had controversial disclosure of details of foreign visits was indicated, hence new forms and exemptions to existing forms are made. Below are the revisions in ITR forms.

Also Read: How to file income tax return for previous year if you have missed to file earlier?