Invest in companies with strong and sustainable moat 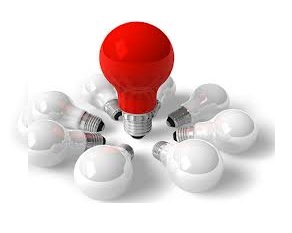 Invest in companies with strong and sustainable moat

Moat companies are solid stocks which offer good returns over a period of time. In this article we would discuss about the moat concept and how an investor can would benefit from investing in such companies for long term.

The concept of moat is not new. The “economic moat” is coined by Warren Buffet. Warren Buffet used several times about such concept in his annual letters sent to shareholders since 1986. As per him, “in business, I look for economic castles protected by unbreachable moats”. He says, castles mean business and unbreachable moat is the competitive advantage one has over other in same sector or industry. This makes the company impossible for other competitors to touch its market share.

You may also like: Best stocks to invest in 2013

Moat companies and their unique advantages

How to identify economic moat companies to invest

Low cost producer: There are several companies which operate at low cost to produce a product. It would be very difficult for competitors to produce such product at low cost or to sell the products at low price as their margins would get reduced.

Samples of moat companies with some analysis 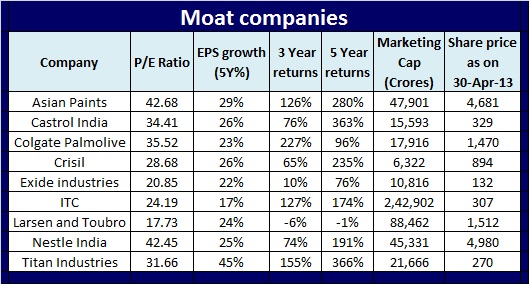 Conclusion thoughts: When you want to create wealth in long run, invest in such solid companies with moat concept for long term. I am sure we would grow our wealth by investing in such unique featured and strong growth moat companies which would be difficult for other competitors to replicate.

Suresh
Invest in companies with strong and sustainable moat