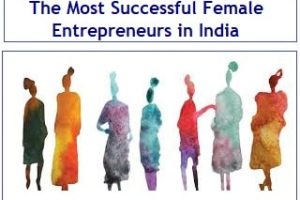 Most Successful Female Entrepreneurs in India

There has been a prevailing trend of male-dominating society in India. The men used to rule the women and dictate her in every phase of life. Now, the scenario is no more the same. The women are entering in every field. They are moving out of their homes to work and earn bread-butter for their family. In fact, the women are excelling and out-performing men. There are several women who are successfully running business in India. Here are the success stories of Most Successful Female Entrepreneurs in India. 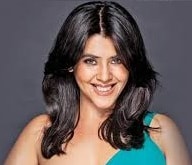 Ekta Kapoor, the founder of Balaji Films is the daughter of a well-known star Jeetendra. She had her own set vision and dreamt of the dreams, which have never been dreamt. She has a strong belief system, which is clearly visible in her determined steps to attain the well-set goals. She has produced numerous soap opera, television series and movies. Some soap operas she has worked on include Hum Paanch, Kyunki Saas Bhi Kabhi Bahu Thi, Kahaani Ghar Ghar Ki, Kaahin Kissii Roz, Kasautii Zindagii Kay, Pavitra Rishta, Bade Acche Lagte Hain, and Jodha Akbar. Kapoor has also produced the television series Naagin, Ye Hai Mohabbatein, Kumkum Bhagya, Chandrakanta (2017 TV series), Kasam Tere Pyaar Ki and Kundali Bhagya, and several others that were credited with starting a new wave of Indian television, leading to her becoming known as the "Czarina of television" and "the Queen of India TV". Kapoor has also launched 40 web tv series online through her digital app ALTBalaji. She has also launched her fashion series with EK Label. However, she was massively criticized in June of 2018 for lashing out at PewDiePie, who made fun at her poorly made Indian daily soaps in her YouTube video. 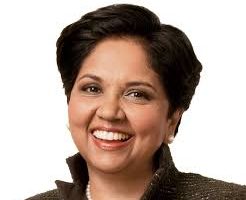 Indra Nooyi, aging 62 is the chairman and CEO of the second largest food and beverage company PepsiCo in terms of revenues. Indra completed her Bachelors education from Madras Christian College in 1974 and an MBA from Indian Institute of Management, Kolkata. She has been a great inspiration to the Indian Corporate world for which she was adorned with prestigious Padma Bhushan award.

Indu Jain a well-known entrepreneur excels in various fields like education, spirituality, and humanity. She is a versatile personality an even at an age of 76 her support of the organization is indispensable which values $ 2.8 Mn. She is the powerhouse of the biggest and most successful media house of India. She is a feminist and believes in the power of women to achieve paramount heights. She also works as chairperson of the Bharatiya Janpith Trust, which is India’s highest literary award. She reflects the female power in the true sense since the time when women were not even allowed to speak openly in most parts of India.

It is rightly said that the signs of a great power is seen from an earlier age. Naina Lal Kidwai was the first lady from India to be graduated from the Harward Business School. She was the first woman to guide the functioning of a foreign bank in India. He is brilliantly skilled in research and has backed up Padma Shri Award for the commendable contribution in the field of Trade and Industry. 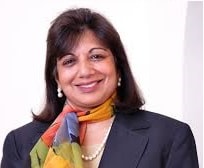 Kiran Mazumdar was born to Gujarati parents in Bangalore. She went to school at Bangalore's Bishop Cotton Girl's High School, graduating in 1968. She then attended Mount Carmel College, Bangalore, a women's college offering pre-university courses as an affiliate of Bangalore University. She studied biology and zoology, graduating from Bangalore University with a bachelor's degree in zoology in 1973. Mazumdar hoped to go to medical school, but did not obtain a scholarship. Her exemplary work belongs to the biomedical research in diabetes and Oncology. She is a brilliant leader and believes in constant learning and innovation. She has also been awarded with Padma Shri and Padma Bhushan, which are extremely prestigious.

It is true that no one is young enough to reach the goals if they are backed up will determination and knowledge. Swati Bhargava is a young entrepreneur who had been a scholar and headed the 3000 member businesses, society at the London School of Economics. Her skill sets and thorough planning helped her come up with such an idea in the UK and once she had abundant resources she started her venture in India. 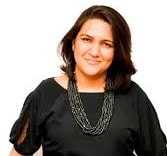 Radhika Ghai Aggarwal is an Internet entrepreneur and was born in an army family. Discipline being an integral part of the lady she left no stones unturned to get the practical experience before she could start her own venture as Shop clues. She was India’s first woman to enter the Unicorn Club. She has been awarded by several recognitions like Outlook businesswomen, Women entrepreneur of the year 2016 and the best CEO of the year 2016.

You may like: How to earn Rs 40K per month through Cuemath work from home Programme?

Shradha Sharma, an avid reader, lives her life in stories. She is a brilliant influencer and has marked the lives of innumerable people. Having studied in the St. Stephens College, Delhi, followed by MICA, Ahmedabad, and her combination of theoretical and practical experience made there creates the one of its kind venture “Your story”. She backed up “L’Oreal Paris Femina Award for Online Influencer.”

5 thoughts on “8 Most Successful Female Entrepreneurs in India”