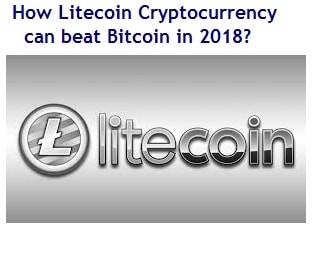 Also Read: What is bitcoin cryptocurrency and its legal validity in India?

Cryptocurrency, also known as alternative currency or virtual currency, is a form of digital money that is designed to be used as a medium of exchange and it uses cryptography to secure its transactions, to control the creation of additional unit and to verify the transfer of assets. It is difficult to counterfeit a Cryptocurrency because of its security feature. Cryptocurrency is not regulated or controlled by any bank, government or centralized financial authority. Instead, it relies on the power of internet to guarantee its value and confirm transactions.

The first Cryptocurrency was Bitcoin which was formed in the year 2009 and is still the most recognized. There has been an explosion of crypto currencies in the last decade and now there are around 1,000 available in the market.

How much return Bitcoin gave in the last 3 months, 1 year and 3 years?

Bitcoin price is measured against fiat currency like American dollars, Chinese Yuan or Euro.  Cryptocurrency has highly volatile market. Its rates can fluctuate $200 over a course of day. However, bitcoin has bought wealth to the investors beyond their imagination. It has been one of the most profitable investments in the last few years. In 2011, the price of bitcoin did not surge over $1. The value of currency rushed from $100 in June 2013 to $3,025 in June 2017. In the last 12 months, the prices of Bitcoin have increased more than 900%. Last three months have witnessed three time price increment in the rate of bitcoin with $4,942 in October 2017 to $14,249 in December 2017.

Which is another cryptocurrency that could beat Bitcoin in 2018?

After bitcoin, many cryptocurrencies have surged in the market like litecoin, Ethereum (ETH), Ripple (XRP). Each comes up with its own unique technology and vision to change the world. Litecoin is one of the currencies introduced after Bitcoin and named as silver to the digital gold Bitcoin. Gaining popularity faster, litecoin is perfectly said to be the younger brother of bitcoin.

What is Litecoin Cryptocurrency?

Founded in 2013, Litecoin Cryptocurrency is now world’s fourth-biggest cryptocurrency. It is a peer-to-peer digital currency that enables instant payments to anyone in the world and that can be efficiently mined with consumer-grade hardware. The symbol for this currency is LTC or XLT.

What is Litecoin Cryptocurrency current price?

The current price of litecoin in Indian currency is Rs 15,681. The prices of litecoin raised upto 1000% in the last one year.

Litecoin can be easily purchased and sold on a number of exchanges using all types of currencies. Litecoin can transact a lot faster than bitcoin, so it can handle higher volumes of transactions. It takes 2.5 minutes to create a block or transaction of litecoin as compared to bitcoin’s 10 minutes. The launch of Bitcoin Futures also can prove to be a significant reason for the rise in the prices of other virtual currencies. Litecoin is less recognized and it could be a better option for investors as there is not as much controversy surrounding this coin. It offers faster speeds and lower fees.

What are the risks in investing in Litecoin Cryptocurrency in India?

Investing in cryptocurrencies involve high degree of risks as the prices are extremely volatile. Many experts say that there is nothing to analyse because it is a fictitious currency.

Unlike other investments, they are not regulated by the government, entities or banks. There is no central authority like SEBI whom can be approached in case of grievance redressal. If we buy some cryptocurrency and get ripped off, we cannot claim any entity and it is impossible to get the money back.

Another major hurdle for Indian investors is about its legal status. Cryptocurrencies are not recognized by the Reserve Bank of India (RBI) as a ‘currency’. In 2013, the RBI issued a press release warning users and holders of virtual currency about the potential financial, legal and operational risks. In 2017, it was further stated that it has not issued any licenses to the companies to trade in any virtual currencies. RBI further added that the investors who are investing in such currencies will be doing it at their own risk.

There are many operational issues in trading in cryptocurrencies. Allured by the high rate of returns, many investors are investing in cryptocurrencies. The value is also surging in an unexpectable manner but when few investors tried to take the money out, they faced a lot of problems.  They were unable to sell the currency easily. Moreover, after much hassles, when they sold, the money was not credited to their account right away. It took three months to get the money in many cases.

How to invest in Litecoin Cryptocurrency in India?

Currently, there are lots of websites through which one can buy Litecoin. It can be bought by using two methods – by using fiat currency or exchange with other cryptocurrency.

There are several websites like buyucoin.com, coinbase.com, coinspot.com.au where you can buy litecoin cryptocurrency.

Open a website through which you wish to buy litecoins. Complete the details of sign up form like first name, last name etc. and get yourself registered by verifying the email. Now you need to sign in the account. You will be directed to KYC verification screen. For this process, you need to upload your identity and address proof. After uploading, it takes few days to verify your account. Once verified, you can buy litecoins by clicking on the Litecoin Option. The process may vary a little on every website.

Litecoin cryptocurrency is gaining prominence in the last few quarters. With Bitcoin zooming to new highs, other cryptocurrencies too started moving up. Experts believe that Litecoin would move new high in 2018. However one should consider the risk factors before investing in Litecoin.

How Litecoin Cryptocurrency can beat Bitcoin in 2018