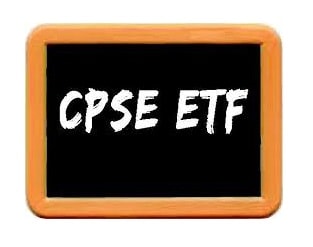 Goldman Sachs Central Public Sector Enterprises (CPSE) Exchange Traded Funds (ETF) was launched in Mar-2014. There was good response from investors during that time. In Oct-2015, it was acquired by Reliance Mutual Fund. Reliance has filed offer document with SEBI to launche Second Tranche of CPSE ETF.  This CPSE ETF has become famous in Mar-2014 where it earned highest returns in less than 1 year. Does it create another sensation with Second Tranche of CPSE ETF?

Also Read: Should you invest in Gold Mutual Funds now?

What is this CPSE ETF is all about?

CPSE is like a mutual fund scheme. It invests in stocks that are part of CPSE Index.

CPSE ETF mirrors the returns of CPSE Index on National Stock Exchange (NSE). It would hold the same stocks on the NSE CPSE Index in similar proportion in this index. Means you are indirectly investing in such Public Sector Enterprises through Goldman Sachs ETF.

Retail investors can invest minimum of Rs 5,000 and in multiples of Rs 1 thereof

CPSE ETF would get listed on stock exchanges. Investors can trade like any other stock on Stock exchange.

Govt. of India planned to divest upto Rs 56,500 Crores with such schemes in this financial year.

PSE stocks have been consistently performing well in term of revenues and profits and providing good dividends.

How Trache-I of CPSE ETF performed in last 2.5 Years?

In  Mar-2014, CPSE ETF tranche-I was launched. It got very good response from investors. Here is how the performance of this ETF in last 2.5 years.

It gave 38% returns in just 3 months after CPSE ETF Tranche-I got launched.

You may also like: Top Global Mutual Funds to invest in India now

Conclusion: It has proven that CPSE ETF Tranche-I got good response from investors and such ETF has been performing well. One can wait for Tranche-II to subscribe. However, one has to consider limitation factors in investing in such public sector units ETF.