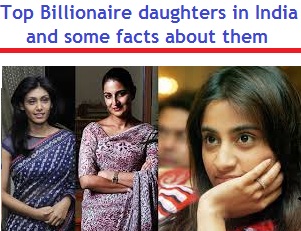 Top Billionaire Daughters in India and some amazing facts about them

Top Billionaire daughters in India and some facts about them

Beautiful and dynamic Isha Ambani is the daughter of Mukesh Ambani and Neeta Ambani. She is owner of $ 80 mn properties and owns her own stake in Reliance Industries. Mukesh Ambani is the top billionaire in India. In December 2015, she led the employee launch of Jio's 4G services along with her brother in the presence of the brand's ambassador, Shah Rukh Khan. 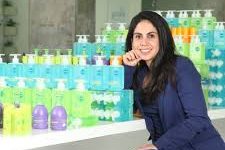 Nisaba Godrej known to be called as Nisa is the younger daughter of Adi Godrej, Chairman of Godrej Group which is $ 5.2 Billion. Nisha has done MBA at Harward University and is the President of Human Capital and Innovation in Godrej Group which has 20,000+ employees. She also helps Dasra, organization which educates Girls. 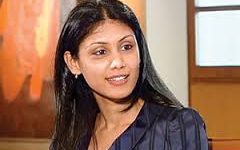 Roshni Nadar is the daughter of Shiv Nadar, Billionaire in India. She is the CEO of HCL corporation, which is over $ 5 billion worth. She is also involved in educational initiative of the Shiv Nadar Foundation. She is the only child of Shiv Nadar. Roshni is a trained classical musician, enjoys travelling and Yoga. Roshni Nadar grew up in Delhi, studied in Vasant Valley School and graduated from Northwestern University majoring in Communication with a focus on Radio/TV/Film. She also graduated with a Masters in Business Administration having a focus on Social Enterprise Management and Strategy from the Kellogg School of Management.

Within a year of her joining HCL, she was elevated as executive director and CEO of HCL Corporation.

Prior to becoming CEO of the HCL Corporation, Roshni Nadar had been serving as the trustee of the Shiv Nadar Foundation, which runs the not-for-profit Sri Sivasubramaniya Nadar College of Engineering in Chennai. She had also been involved in brand building across the HCL Group.

Roshni is married to Shikhar Malhotra and they have a son, Armaan. She enjoys traveling, especially on safaris and to sporting events.

Akshatha is daughter of co-founder and former CEO Narayana Murthy. She owns 1.4% in Infy. She is married to Rishi Sunak, Stanford classmate. Akshata has done schooling from Bangalore and got her undergrad degree from Claremont McKenna in California. Her Brother Rohan, is a doctoral student at Harvard University. Both brother and sister are separately very rich by asset of being shareholders of Infosys. She is a venture capitalist in cleantech space based in California. She is a senior associate at Siderian Ventures, with aim to build entrepreneurial and cleantech-enabling businesses with a global perspective. 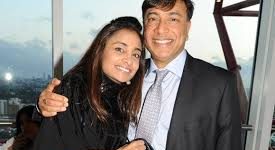 Vanisha is daughter of Steel Magnate Lakshmi Mittal. She is the director of LNM Holdings, Arcellor Mittal, Mittal Steel etc., She is 24 years old done a master degree in Europen Business School, University of London etc.. She married to Amit Bhatia, Investment Banker in India.  She is a board member of Mittal Steel which is $ 51 Bn worth now. 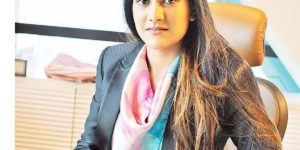 Ananya daughter of Kumara Mangalam Birla. Ananyashree studies at Oxford Univerity and has already initiated a micro loan project for rural woman to start their own businesses. Just like her mother Ananyashree likes to dress up like a fashionista and is often spotted wearing designer clothes. She has been playing the main role to give away her father business with the vast approaches as she is offering credit to women in villages in Maharashtra state just for the sake to buy sewing machines and start businesses to put together papadums. As she has finished up with the studies of undergraduate level she has been trying up with the level best as she is putting forward some great measures by which she can give the needy people with the same lifestyle which she is leaving. 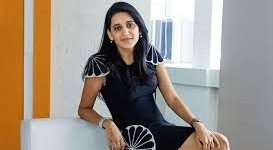 Also Read: Best Mid-cap Stocks that can make you rich in short term

Ashni is the daughter of Future Group founder / CEO Kishore Biyani. Ashni is a part of the Future Group’s Innovation and Incubation division and works with anthropologists, sociologists etc. 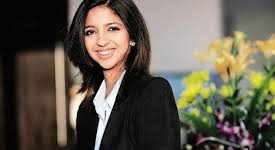 Suresh
Top Billionaire daughters in India and some facts about them