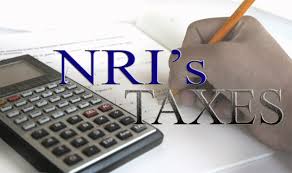 pankaj jain
I follow the advise of Mr. Suresh since my investment journey started in 2016. All his blogs are detailed, not biased and to the point especially his views on IPOs.

JAYAPRAKASH VEERASWAMY
He was very clear in his suggestion and advice . I am taking fwd his suggestion . Infact I would suggest , seeking clarity from such Investment advisor is really worth it with zero head ache . Regards , Jayaprakash

kamala Dharmarajan
I get first hand information on investments from My investment ideas site, which I have tried and are very useful. The reports are unbiased and of good value. I also get quick response from Mr. Suresh for my individual queries. I strongly recommend investors to view his site for good quality information.

Ananya Sarkar
I appreciate the prompt and cordial support extended by Suresh ji and it was a great help indeed.

ARNOLD DANIEL
The suggestion received is very useful and I can able to take decision on equity funds, understood much better than before. Thanks for your valuable guidance on this

Vijay Singla
Free of cost instant reply and valuable and professional advices for investment in the money market.

Seetaramarao Tv
Mr.Suresh gives sound and relevant advice on investing I read his reviews regularly.They are unbiased and professional. Will continue to read his reviews for my investment goals.

cynthia pinto
Got a prompt and valuable advice from myinvestmentideas to plan my future investment in a systematic manner . As i was confused where to invest money for better returns. But i got a right idea to know best funds to invest by Sir's suggestions. Thanks a lot for the guidance and support.
Google rating score: 5 of 5,
based on 54 reviews.