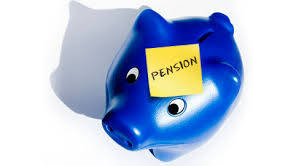 What is One Rank-One Pension Scheme (OROP)?

What is existing Pension Scheme for ex-servicemen?

Pension for ex-servicemen retired personnel is based on pay commission recommendations at the time where he or she retired. Pay commission bumps salaries of Government servants, but pension of ex-servicemen remains unchanged. When successive pay commissions enhances salaries and consequent pensions, these are affected only prospectively. Gap between past pensioners and young pensioners is widening year on year. Disparity has become uncomfortably stark after 6th pay commission for equal service. A sepoy retired in 1996 gets 82% lower pension than who retired after 2006. Similarly, a Major retired before 1996 gets 53% lower pension than counterpart retired after 2006.

What is One Rank-One Pension Scheme?

One Rank-One Pension Scheme is for ex-service men where Mr.Modi’s government has promised to implement. It is a pension plan where uniform pension for defence personnel who retire in samerank, with same length of service, irrespective of the date of retirement would be paid. This also implies that bridging gap between the rate of pension for current pensioners and past pensioners and also future enhancements in the rate of pension automatically passed to past pensioners.

Who would get benefitted from One-Rank-One Pension Scheme?

Acceptance of One Rank One Pension Scheme by Govt. Of India is a victory of Defense personnel. Twenty two lakh ex-servicemen and over 6 lakes war widows would be the immediate beneficiaries of One-Rank-One Pension Scheme.

Why this pension scheme of ex-servicemen became hot news now?

Mr.Modi’s government has promised to implement this scheme during elections. Govt. of India has been fine-tuning this policy for some time.

In his recent 'Mann Ki Baat' radio talk, Modi had assured ex-servicemen that his government would soon resolve the OROP issue, but that has not happened, the former soldiers indicated.

You may also like: What are the benefits of New Pension Scheme and how to enroll to it?

"We will hold our next Maha Sangram rally in Bihar. We will continue our protest till our legitimate and promised due of OROP is met," Col Anil Kaul (Retd), media advisor to Indian Ex-Servicemen Movement (IESM) said.

Sources from the Defence Ministry said this pension scheme file is with the Finance Ministry for a final budgetary approval.

Suresh
What is One Rank-One Pension Scheme

7 thoughts on “What is One Rank-One Pension Scheme (OROP)?”