Can we claim tax exemption for both HRA and Home loan interest? 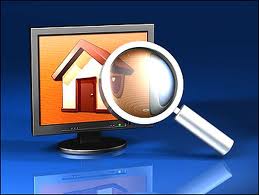 Can we claim tax exemption for both HRA and Home loan interest?

For some time I have been planning to take a home loan to buy a new house. One thing came to my mind is after I take home loan I would be eligible to claim tax exemption on home loan interest. However, what happens to HRA? Can I still claim tax exemption on HRA? Is the scenario would be different if I buy a second house with housing loan. Am I eligible to get tax exemption for housing loan interest taken in my second home? I have analyzed in detail and I thought I should share it with you which would be useful for you.

In India, as per the present scenario, the rich are becoming richer and the poor are becoming poorer. Ideally, the class of people who is on the safe side is the salaried class of employees. Once we get a good job, it is very probable that we don’t have to look back until there is some kind of unexpected happening or if we don’t perform our job well.

Now one of the important components of a salary package is HRA i.e. house rent allowance. HRA is an allowance paid by an employer to an employee to help him meet his cost of renting an accommodation.

How HRA is computed?

The House Rent Allowance so paid by the employer to his employees is taxable under the head “Income from Salaries” to the extent it is not exempt u/s 10 (13A). In order to claim this particular section, an employee must

The amount of allowance is the lowest of the following three limits:

What is home loan and how the home loan interest would be treated from a taxation perspective?

If a person takes a loan for the acquisition or construction of a house property then he can claim tax benefits. Housing loan consists of two components one being interest portion and other is the principal amount. The interest paid towards home loan is treated as an ‘expense’ under the head ‘Income from house property’ and can be claimed u/s 24 (b) irrespective of the house being self occupied or let-out.

If the house is self occupied, the maximum limit under this section is Rs. 1, 50,000 and the assessee does not have to actually reside in the property to claim this exemption.

If the house is let-out, there is no such maximum limit of deduction which can be claimed. This will then be taxed under income from house property.

Let me explain this with an example:

My friend Priti is working and residing in a rented apartment in Ahmedabad. She also bought a house in Kolkata under the housing loan scheme, where her parents stay. Now the question arises whether she can claim an exemption for both HRA as well as house loan interest? The answer is yes, she can. House Rent Allowance (HRA) is explained u/s 10 (13A) of the Income Tax Act while Interest on borrowed capital for acquisition or construction of house property is explained u/s 24 (b) of the Income Tax Act. The deduction for payment of principal component of such home loan is granted under section 80C of Deduction under Chapter VI of the Income Tax Act.

Coming back to the example, Priti has 2 options with her newly purchased home.

1) If it is self-occupied, she would be entitled for the maximum tax deduction on interest paid allowed under Section 24 subject to a maximum limit of Rs 150,000. Even if the house would have been vacant, Priti was still eligible for this deduction.

2) If the property is not self-occupied and is let-out the total interest paid during that financial year can be claimed under Section 24B and this will be set-off against Priti’s income from house property (annual rental value would be considered for this) and income from salary.

How to claim tax exemption from both HRA and Home loan interest?

The above sections (Sec 10 (13A) and Sec 24) are all together different and has no interlink with each other. One can claim both HRA and interest on home loan irrespective of the place of stay and office but has to satisfy the necessary conditions to claim such deduction or exemption.

Let us consider one more example to understand this. Mr. Manish is availing of tax benefit on home loan and have recently purchased a second home. The EMI for the second loan is more than that for the first one. Now what happens?? The answer is, Manish can avail of tax benefits on the second house by claiming it as self-occupied. If you own two houses, you can claim only one as self-occupied, while the other will be considered as let-out property. The notional rent on the second house will be added to your income and will be taxed as per the applicable tax slab. However, you will be allowed to deduct the interest on the home loan from the notional rent. If you want to save tax, invest in your spouse's name if she owns no other residential property. You will also have to pay wealth tax on the second house as only one residential property is exempt from it. To avoid this, it is better to invest in a commercial property.

Conclusion remarks: Thus we conclude that Income tax laws of India, especially in HRA give us a lot of scope to claim benefits and exemptions if we want to. But we should know the right way and head in the right direction to claim the maximum benefit! So, take good properties if your pocket allows and use these IT laws to the fullest!!